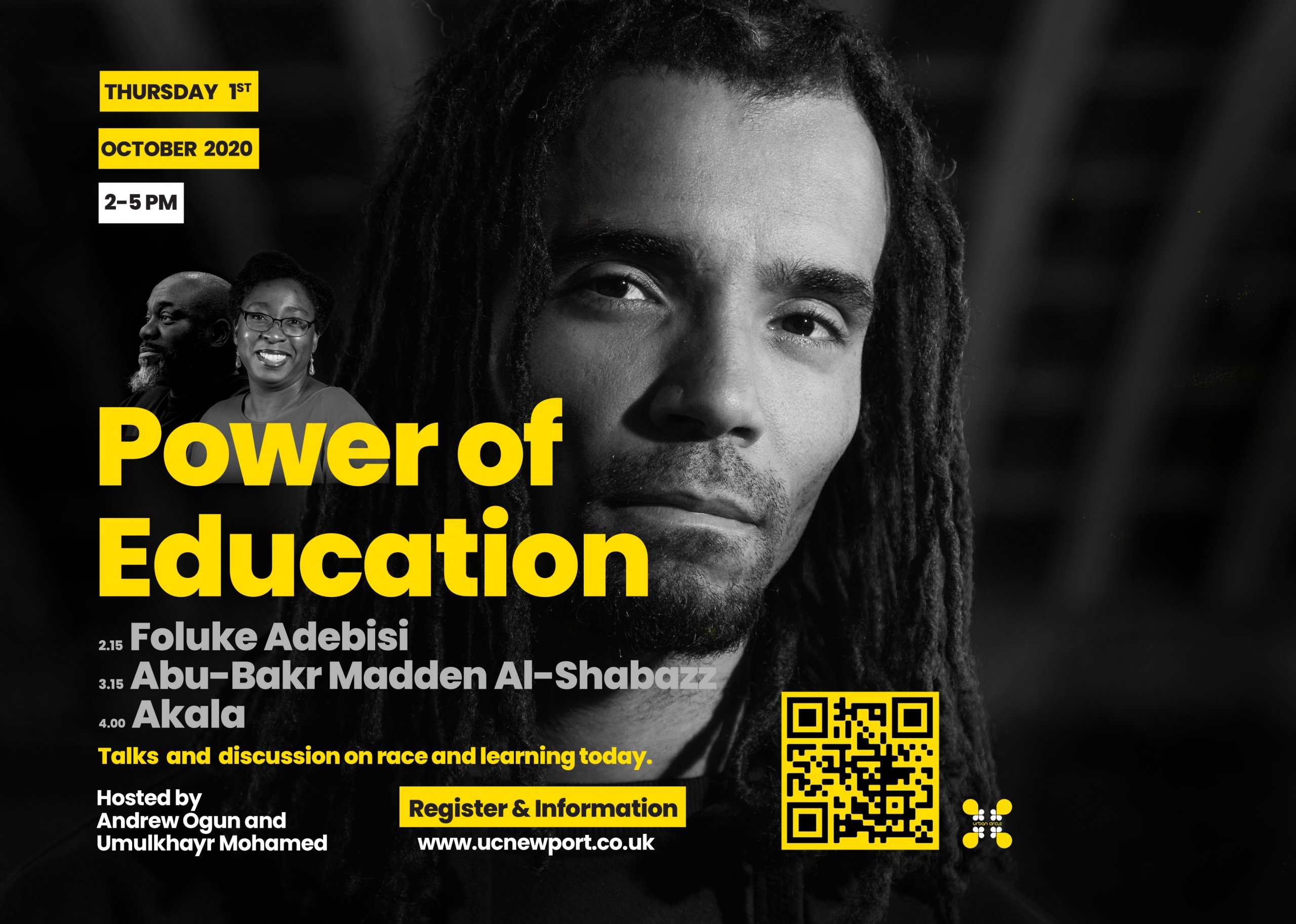 Talk by Akala + A discussion on race & learning by panelist’s Foluke Adebisi and Abu-Bakr Madden Al-Shabazz. This discussion is geared for educators. BOOK HERE <

On Thursday 1st October 2pm-5pm Urban Circle’s youth workers and their Youth Justice Minister Andrew Ogun, have organised the online discussion featuring award winning musician and educator Akala, to do his talk on The Power of Education. The event is designed for educators from the broadest spectrum.

Senior lecturers Foluke Adebisi and Abu-Bakr Madden Al-Shabazz will take part in a panel discussion which centres on the theme of education, specifically the power of learning, and the importance it has in improving race relations and issues of structural racism in the UK. The discussion is suitable for educators at different levels, and anyone else intrigued by the topic.

Education was the single most important topic according to the BLM Gwent demonstration back in June where over 2000 attended, according to those who responded to a survey on how best to tackle the wider issues of racism. This event was created and organised within three months of this trigger to take action. The speakers include:

Foluke Adebisi – A Senior Lecturer in Law at the University of Bristol. Adebisi is committed to exploring the connections between power structures, race and education (specifically legal education) intertwined within our society. Adebisi has noted the importance of decolonising our educational systems in order to create a legal system that has everyone’s voices and experiences at their core.

Abu-Bakr Madden Al-Shabazz – Comparative Sociologist and World Historian in the Black and African experience from prehistory to contemporary times. Abu-Bakr led a successful Black History Studies programme at Cardiff University for 9 years and is now a Visiting Senior Fellow Lecture for the Cardiff School of Social Sciences in Race & Education and Staff Developmental Training.

Akala has appeared at numerous festivals both in the UK and internationally, and has led innovative projects in the arts, education and music across South East Asia, Africa, India, Australia and New Zealand. Akala has also appeared on NPR, PBS, MTV, BET, Channel 4, ITV, Sky Arts and the BBC promoting his music, poetry and speaking on wide-ranging subjects from music, race, youth engagement, British/African-Caribbean culture and the arts, with numerous online lectures, podcasts and performances that have reached millions via YouTube/Spotify. More recently known for his compelling lectures and journalism – he has written for The Guardian, Huffington Post, GQ and the Independent and spoken for the Oxford Union and TEDx.

NATIVES, Akala’s 2018 published memoir is a Sunday Times best-seller, having sold over 150,000+ copies worldwide. Combined with being awarded an honorary Doctorate by Oxford Brookes University and the University of Brighton, Akala has gained a reputation as one of the most dynamic and articulate talents in the UK. His book Natives received critical acclaim for its astute analysis of race and class in different historical periods, whilst also incorporating biographical elements throughout. 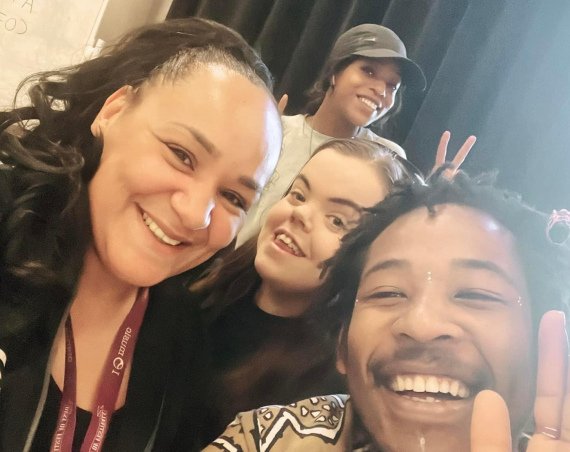